Home » News » Back to Work in Mt. Lebanon PA

Back to Work in Mt. Lebanon PA

Precision mobilized in the beginning of April to begin our third and final phase of this 3 year renovation project that initially began in 2012.

Our scope has encompassed asbestos abatement operations within six buildings of over 550,000 square feet. Buildings ranged from three to six floors each. Two of the buildings are being demolished to make way for new tennis courts while the remaining four buildings have been renovated to accommodate overall renovation and entirely new construction plans. Floor tile, mastic, piping insulation and ceiling tile panels were among the various materials being removed during the previous demolition phases. 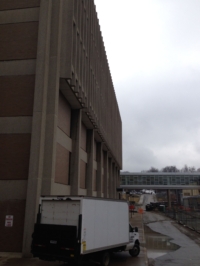